In todays blog I will discuss the importance of a female knowing who she is and what she will stand for. If you are a female it's importance to have standards, morals, and values. It's important for you to have a real relationship with God no matter what age bracket

you fall into. Some think being saved is for old folk, but young people you will save yourself from many heartaches if you just obey. Many times in my life I would observe how females get trapped into dead relationships, and it all falls back to the female being deceived. The enemy works to distract so many females because he knows a good woman is just what a man of God needs. The enemy will often times send you what you think you want. The man or boy will look good, have a nice voice, dress good, smell good, and have money. The only thing that many fail to miss is that the male doesn't have a sincere relationship with God. Some females will say, that's okay I will work with him, not knowing he will pull you down too. So many females have grew up and was raised right, but one line that was told to them...now have them stuck. Some of the most common lines told are ,"Girl you are so pretty", "Girl are your feet hurting, because you have been running through my mind all day", "Girl I see a future with you", "Out of all of these girls you are my only one", and etc. I hope you females understand where I am coming from. Most of you have been told one of these lines, and have now become stuck. Though it's nothing wrong with a male telling you, that you are pretty its something wrong when the male only sees your looks. I believe that most females have the potential to become successful, and when a male only sees your looks and not what you carry....Its a problem! Not only is that a problem, but telling an insecure female how beautiful she is a MAJOR problem. Women face so much in todays society that they try to imitate and become what they believe is attractive. Some will go so far as to being naked on the internet to get some likes. Not only will insecure women compromise their values, they will have sex before marriage. Insecure women will feel ugly if they don't receive a " Good Morning Beautiful" text from bae. They will listen to everything that the male says they are ,whether its good or bad. Some will also fall into abusive relationships! Women and young girls you have to understand that you are better than that! God did not create women to be so easy that they are so naïve. Its very important to stay in the presence of God so you can discern the enemy from the "REAL THING". I am 21 years old and have never dated before. To some that may seem very strange, but because I know what I stand for...I don't comprise to be someone's temporary boo! I remember one time a male I met wanted to date me, but couldn't tell me what he saw in me other than my looks. I didn't give him a chance, so he then wanted to throw the you gone wish you gave me a chance card. So many people where in my ear, saying Ta just give him a chance. Ta he makes good money. Ta he's this, Ta he's that, Ta I Know him....and etc but what Ta knew God told her....I couldn't fold. True, he had money and swagger but that doesn't make a man of God. God doesn't want his children in unequally yoke relationships. Because I know who am, and I love who I am I can never put myself in a dangerous relationship. Unequally yoke relationships will cause many to compromise. If he is on one side and you are on the other, only one can make a move...nines out ten the female makes the move, because she thinks she won't find better. This move can cost you, your entire future. You can be sleeping with a man who has a sexually transmitted disease and now you have the same thing. You can be sleeping with a man who has multiple demons, now you have his demons and yours. You want out of the relationship, but its so hard because you have a soul tied. You always had dreams of a family, but now you are a single mother. Women this is serious! You can't be just dating for fun! You have to WAIT ON GOD! You must stay in his presence so he can warn you when the ones he didn't send are coming after you. You must be secure in who you ARE! Being patient and sober minded. Working on becoming all of who God has called for you to be. Some may laugh at you, and say what you desire in a male is unrealistic, but its important to not let others opinions... shape what you know. In conclusion don't fall prey to the enemy. Don't let one male destroy your whole future!

Obey The Voice Of God

Trust In The Lord

Women Stop Trying To Find Your Completion In A Man

What God Has For You It Is For You

We Are Equipped For The Battle

Are You Living A Dead Life? 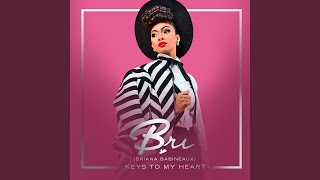 I Will Love You Forever